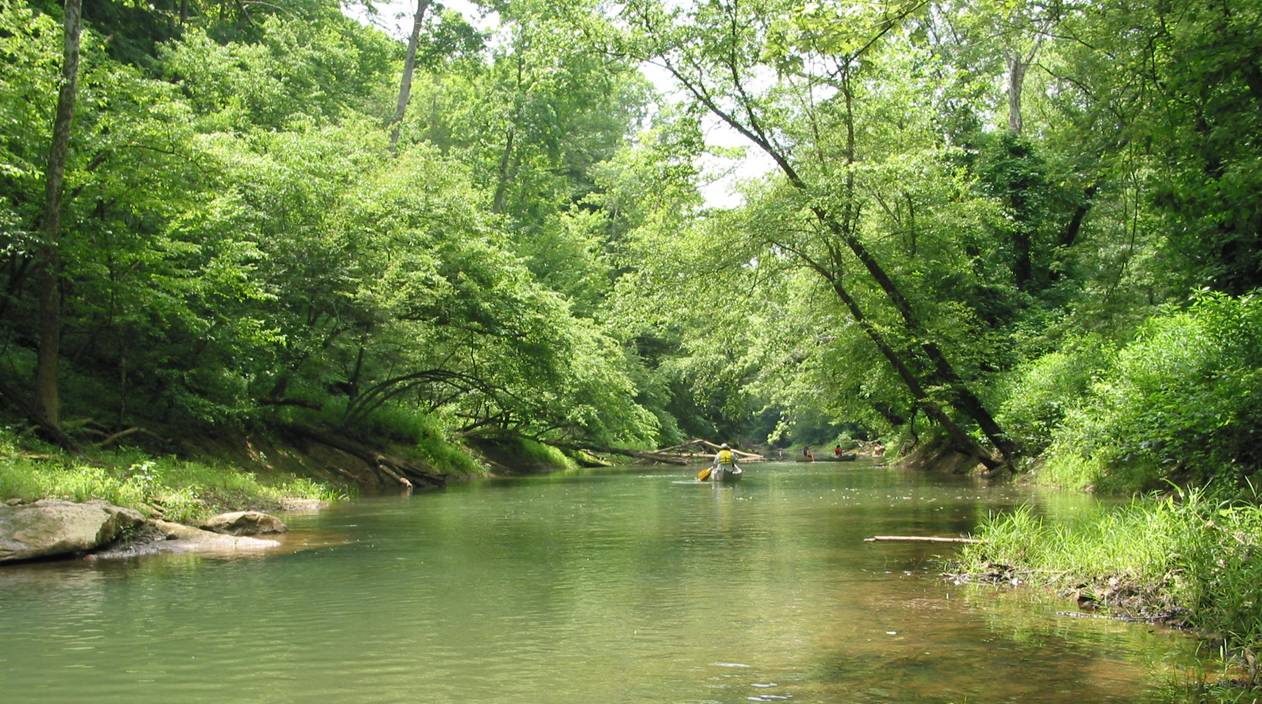 By Jim Freeman, Wildlife Specialist at the Meigs Soil and Water Conservation District

For some reason, Raccoon Creek has been on my mind a lot lately.

For instance, last weekend I attended the annual meeting of the Raccoon Creek Partnership, which is a local non-profit partnership dedicated to the restoration of Raccoon Creek, and then just this Thursday night, at the Gallia Soil and Water Conservation District annual meeting and election, an informational table tent about watersheds in Gallia County featured (you guessed it) Raccoon Creek.

So perhaps it was meant for me to write about Raccoon Creek.

For those unfamiliar with Raccoon Creek, let me start by saying that as far as creeks are concerned, Raccoon Creek is pretty big; the biggest creek in Ohio some say. According to THE Ohio University’s watershed.com database, the creek is 112 miles long (or longer, depending on your information source) and drains 683 square miles of mostly forested southern Ohio countryside.

From the Hocking Hills Region in Hocking and Athens counties, Raccoon Creek winds its way towards the Ohio River, passing through the villages of Zaleski and Vinton before its confluence with the Ohio River. In many ways it is representative of southern Ohio: mostly rural and forested, agricultural, and impacted by a history of coal mining. On its way to the Ohio River it drains portions of six counties: Hocking, Athens, most of Vinton County, a small part of western Meigs County, Jackson and Gallia counties.

By all rights, Raccoon Creek SHOULD be a river – it is longer than many rivers including the nearby Shade River in Athens and Meigs counties, which drains only 221 square miles of similar terrain. Growing up I was always told that Raccoon Creek would have been a river but “they” made a mistake in measuring it and did not realize that it was over 100 miles in length; the assumption in this story is that the difference between creeks and rivers is determined by length – it isn’t.

At the risk of provoking my Gallia County friends, the title of “Longest Creek in Ohio” really does not mean a whole lot. That is because there is no such thing, it is a nonsensical title; like being named the smallest jumbo shrimp or the world’s largest chicken nugget.

There is no scientific determination based on flow, length or width between what is called a river or a creek, it is just a name. Generally creeks are smaller than rivers, but that’s not always the case – there are numerous exceptions. Consider that the Toussaint River in northern Ohio is only six miles long, and the Roe River in Montana is a whopping 201 feet long. Lodgepole Creek in Wyoming, Nebraska and Colorado is 278 miles long or over twice the length of Raccoon Creek.

A quick search of the internet reveals at least 13 other Raccoon Creeks in the United States including five others that flow into the Ohio River either directly (Pennsylvania) or indirectly (Kentucky, North Carolina, and Illinois).

Raccoon River in Iowa is 30.8 miles long, although in the spirit of full disclosure that distance increases to 228 miles when the longest of its three forks is included.

To mix things up a little bit, the aforementioned Shade River was formerly called Devils Hole Creek, or Shade Creek, and at times Raccoon Creek has been referred to as Raccoon River.

Roughly 16 years later, in 1892, the U.S. Army Corps of Engineers determined that a series of locks and dams, and dredging, on the “Raccoon River” would allow water transportation more than 50 miles upstream, but that the cost would exceed any perceived benefits and that the Raccoon River was “not worthy of improvement.”

The Corps noted that iron ore was transported downstream on the “Raccoon River” during times of high flow, and ominously pointed that the area possessed great, undeveloped mineral wealth, which came to play a huge role in the Raccoon Creek watershed for the next hundred years or so.